Glasgow based DJ duo Hustlin’ are long-time friends Steven Watt and Malcolm McKenzie. Having been individually and collectively spinning records in the clubs and bars of Glasgow for many years Stevie and Malky have now teamed up as Hustlin’ to share their deep-rooted love of a discerning groove. Steven is a well-known Face around the Glasgow soul/jazz/funk scene having helmed, along with his brother Paul, the long-running and successful weekly club residency Freeform at The 13th Note, and is in demand on the Soul and Mod circuit as a regular guest DJ.

Over the past decade, alongside his DJ exploits at the likes of The Buff Club, Malcolm has been part of Wayne Dickson’s prolific Big Break Records re-issue label and it’s Adventures In Paradise club night, as well as other connected imprints, immersing himself in every corner of the groove spectrum. Together as Hustlin’ they have been enjoying increasing love and listenership for their Mixcloud and Radio Buena Vida shows where soul, jazz, funk, rhythm & blues, afro/latin, hip-hop, breaks, boogie and leftfield beats are to be found in abundance. Be it a rarity, an established classic, an obscure re-issue or an original recording it’s all about the music and the feelings it releases to the listener/dancer for Stevie and Malky, without taking it all too seriously. They will be bringing those sensibilities and more to their TWR shows with an emphasis on new releases. Their goal is to share rich, real music, creating good vibes and an easy, feel-good atmosphere whatever the situation. 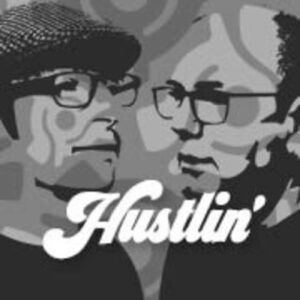